M2M gives you the ability to provide instant connectivity to your business customers. 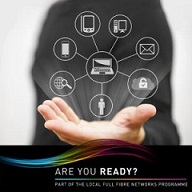 Support: 0121 366 8885
This email address is being protected from spambots. You need JavaScript enabled to view it.

Write us.
This email address is being protected from spambots. You need JavaScript enabled to view it.

Ofcom #DidYouKnow we issue test-and-trial licences to help organisations experiment with wireless tech – just one of the ways we help to support innovation in wireless technology across different UK industries. See how your organisation could benefit. www.ofcom.org.uk/spectrum/information/innovation-licensing/_nocache
05:01PM Feb 17

Ofcom Fed up answering your phone to unwanted calls and messages? Follow these tips to help reduce them: Register with the Telephone Preference Service Forward spam texts to 7726 to report it to your provider Tell Ofcom or @ICOnews : ofcom.in/nuiscalprotect pic.twitter.com/jkeL5zpokV
03:30PM Feb 17

Ofcom Selina Chadha, our director of consumer policy, explains new rules forcing companies to alert phone, broadband and pay-TV customers when their current contract is ending, and what they could save by signing up to a new deal. Listen from 10:22: www.bbc.co.uk/sounds/play/m000f7xz #YouAndYours pic.twitter.com/nQpciI7fRl
12:30PM Feb 17

Ofcom From today, customers will be told when they’re reaching the end of their contract. These new Ofcom rules also mean you’ll get an alert with your current provider’s best deals, to help you save money on your phone, broadband and pay-TV bills: ofcom.in/newcustalerts
09:00AM Feb 15

Ofcom Are you #InOrOut of contract? 20 million broadband, phone and pay-TV customers are out, which means they could be missing out on a better deal. Check your status now: ofcom.in/inorout - and let us know
12:04PM Feb 14

Ofcom Are you #InOrOut ? Every day, 25,000 broadband customers reach the end of their contract and most end up overpaying when they don’t need to. Check your status and, if you’re out, get a better deal in just three simple steps: ofcom.in/inorout pic.twitter.com/SYJly919C7
08:30AM Feb 14